The TV Wars Are On! 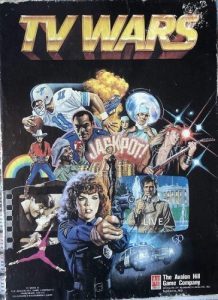 The TV Wars Are On!

Before the internet was invented, TV was easy.  You break out those bunny ears, slap them on your TV, and away you went.  No calling the cable man, no downloading an app, no trying to figure out what’s going on.   TV received its first “upgrade” in 1948 when the first cable services delivered broadcast TV channels in Oregon, Arkansas, and Pennsylvania.  In the 60’s, these “cable lines” started to expand into metro areas, and by the 1970’s, the very first television networks started to form.  Including HBO, C-SPAN, ESPN and a few more.  By the 90’s, cable was running strong with a 57% market density in subscriptions and nearly 80 networks running strong as well.

Then, in 1996, the dawn of the “cable modem” and broadband internet was introduced to the masses.  This new technology was poised to take over as the primary medium through which news, entertainment, and education would be delivered to consumers.  By 1998 consumers in the US had access to more than 170 networks and fiber became even more prevalent.    The National cable & television association ( NCTA ) claims more than 93% of Americans had access to cable TV at that time. However, as fellow rural Texans know not a single cable company will run lines to more than 60 million people who live in these rural areas.

Then, in 2007 everything changed.  A little known DVD rental company called Netflix started putting their movie catalogue online and came out with the very first streaming service.  This would be the begining of what would remake the television, entertainment, movie, and music industries forever. By this time more and more rural consumers were also getting mobile phones which made it possible to consume media on the go.  Something that had never happened before. 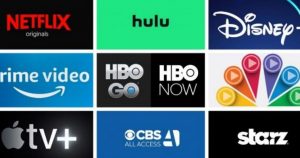 With media now consumable on the go, of course the US government started to get involved and this caused a huge increase in regulation.  As a result, a good chunk of the media, TV, and movie world fell apart.  Most may not be aware, but TV and radio FCC renewals are always processed in a staggered format. Cable companies have a license agreement with networks (like ABC, ESPN, Fox…etc)in order to create a channel line up.  As streaming became more prevalent, these distributors like, Spectrum, Cox, and Netflix decided with the new streaming media for delivery, traditional transmission methods were no longer needed.

Once streaming became the primary medium of delivery for media, other companies realized they no longer needed cable TV companies to distribute their productions.  Then came the introduction of Disney + and Disney pulled all of its content that it owned from Netflix.  Many other companies soon followed suit.  Now streaming companies had to get inventive to keep from losing lots of subscribers.  The primary means of doing this it seems, went to producing original content.  As a result, American’s started subscribing to multiple streaming services.  Now when you add all the different streaming services at an average of $20/service for 5 different ones to ensure you see watch what you want too, the total is as much as cable was!  $100 a month between streaming services and add-ons is what most people pay today, that’s more than most average cable modems.  It seems, TV, movies, and music, are doomed to be in disarray for many years to come.

Signup with Chase today for a new account and get $225 provided you direct deposit $500 or more within 90 days! 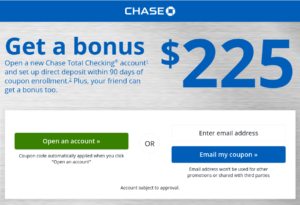